Come and see the fascinating Medieval Missal, a 15th century manuscript used for Catholic Mass. Marvel at the beautiful illustrations and learn about the laborious process of hand-making books in the Middle Ages. 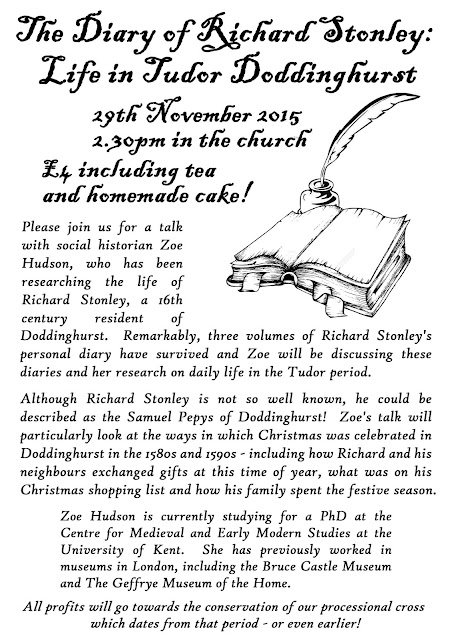 Posted by Andrew Smith at 19:51 No comments:

High Country History Group: Next Meeting. 26 November 2015, 'The 1980s - A Dec...: The final meeting of the High Country History Group for the year will be on Thursday 26 November, 8pm, Toot Hill Village Hall.  Our speaker will be Patrick Griggs who will be speaking about 'The 1980s: A Decade of Disasters on land, sea and air'.
Posted by Andrew Smith at 09:59 No comments:

Books given to the Society but not needed for accession to our Library are offered for sale in support of future historical and archaeological research. A large number of books have now been sorted and are offered in Sale #6. Go to our Online Bookshop to see the lengthy List.
Posted by Andrew Smith at 15:16 No comments:

Our next major event is the Annual Meeting and Lecture on Saturday 14th November at Chelmsford Museum, starting at 12:30pm. We will begin with a short business session, looking back over the last year and forward to 2016, plus electing the Committee for the coming year. This year’s lecture will be given by Keith Falconer, formerly Head of Industrial Archaeology at (the former) English Heritage and currently Chairman of the Association for Industrial Archaeology. His lecture is entitled:

The Association for Industrial Archaeology – a very British affair!

This talk will trace the pioneer development of industrial archaeology from its tentative beginnings in the late 1950, through its burgeoning in the 1960s, to the formation of the AIA itself in 1973 and the AIA’s involvement in the national and international scene thereafter.

The Essex Industrial Archaeology Group is part of the Essex Society for Archaeology and History.  The event is free to Members, £2 for non-members. Bookings can be made with Dr Graham Gould: e mail DrGEGould [at] aol.com
Posted by Andrew Smith at 21:52 No comments: 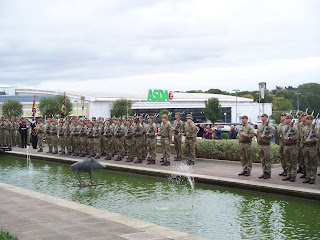 Commemorating local people in street names is a very appropriate way to mark the local history of a community.

In Harlow, 18 new council homes are nearing completion.  It has been announced that the development on Momples Road will be named "Foster Court" in memory of Private Robert Foster.

Private Robert Foster, who served under the 1st Battalion, was remembered at the Royal Anglian Regiment parade, when is exercised the freedom of the town on 22 October. Private Foster, otherwise known as Robert "Fozzy Frog" Foster, was tragically killed in Afghanistan in August 2007.

The Council also announced that the development in the Hill in Old Harlow will be named “Riley Mews" in memory of the Riley brothers, Thomas, Cyril and Francis, who were all from Harlow and lost their lives serving in the First World War.

Private Thomas William Riley served for the 1st and 4th Battalions of the Essex Regiment and died in September 1915. Private Cyril Riley served for the 5th battalion of the East Kent Regiment and died in May 1916. Corporal Francis Arthur Riley died in February 1917 serving with the 8th Battalion of The Bedfordshire Regiment. He formerly served with The Essex Regiment.

On this Remembrance Sunday we pause and remember.
Posted by Andrew Smith at 07:43 No comments: 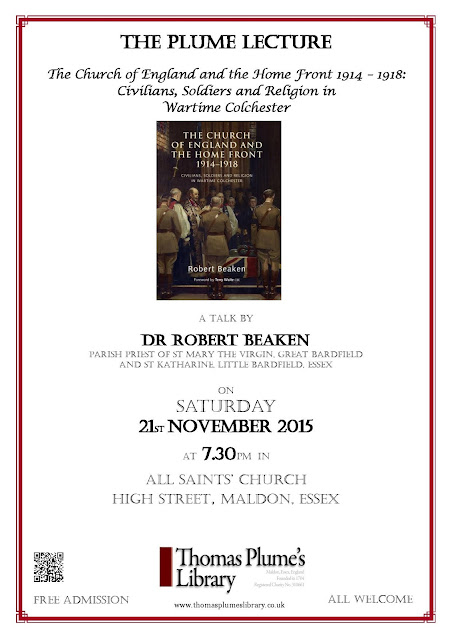 Posted by Andrew Smith at 10:53 No comments: