This is the title of a portfolio of photographs taken by Fred Brand and S E Lloyd, sent to Revd. G Montagu Benton in 1935.  In February 2016 it was given to the Essex Society for Archaeology and History by the family of the late Kenneth Mabbitt and added to our archives pro tem (as S/LIB/9/51).  Thirty-one items have been digitised and will be posted on the blog, 29 of which are photographs of closing rings on Essex church doors with a sketch showing measurements alongside. Frederick Joseph Brand (1857-1939) had been a member of EAS since 1899. His obituary appears in TEAS ns XXIII p192-195, in which Benton mentions his enthusiastic interest in the topic. “He was engaged on this survey, which was nearing completion, practically up to the outbreak of war”.  He was often busy taking photographs on the Society’s excursions and “usually the last to regain his seat on the motor-coach”.  Stanley E Lloyd, of Goodmayes, has been a member of EAS since 1923.  The portfolio folder has a small disc tied to it: “[Re]eman Dansie / Auctioneers / Colchester / 260”.  Their auction house was once in East Hill, very close to where Mabbitt lived. Whether the item was purchased by Mabbitt at auction after Benton’s death in 1959 is not clear. 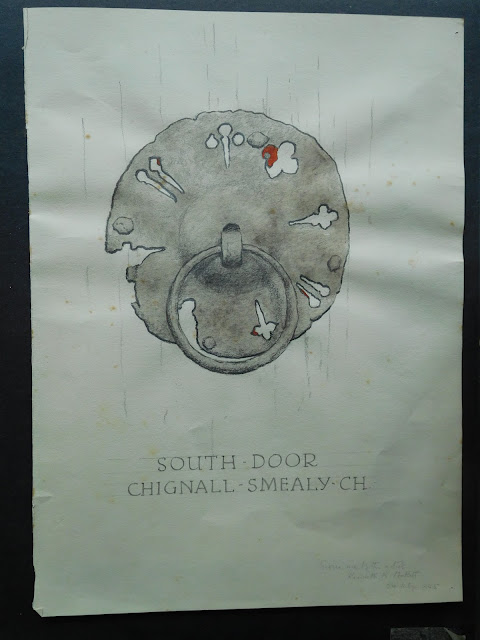 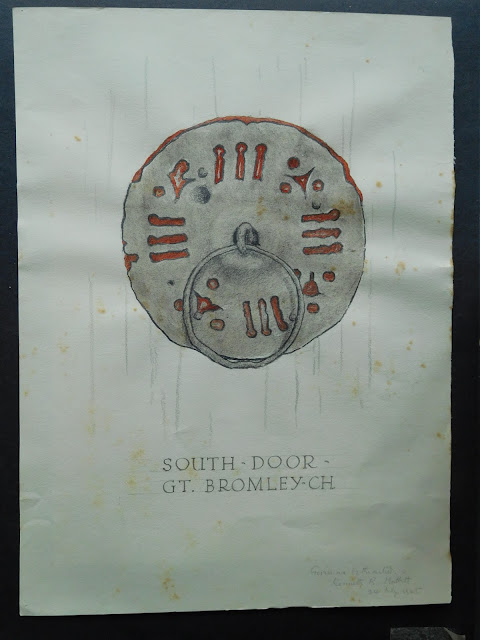 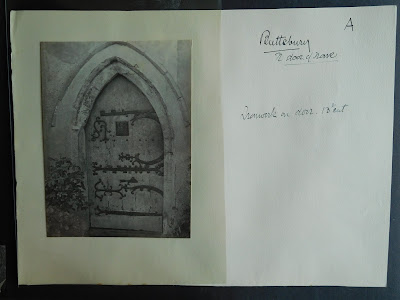 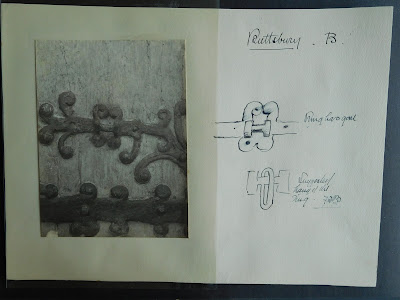