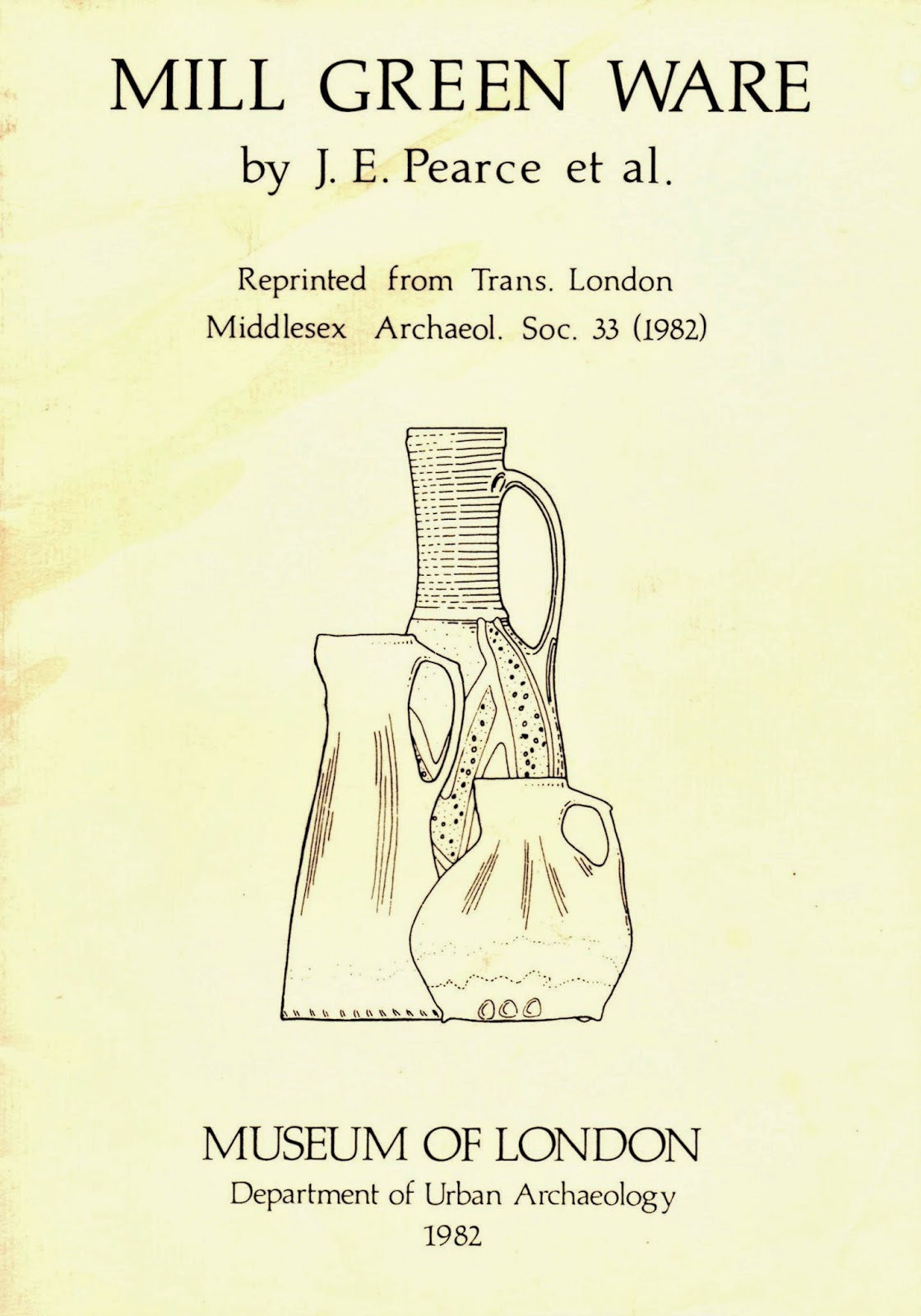 I have lived a lifetime in the Ingatestone area but had never heard of Mill Green Ware.  So when I saw a booklet within a pile of ephemera in the Society's former Librarian's Office my immediate thought was that this could not be true, or there must be another Mill Green.  But it is.

Mill Green Ware dates from the late thirteenth and the first half of the fourteenth century, was fired in kilns around the Ingatestone area and supplied to London.  According to the article – an offprint form the London and Middlesex Archaeological Society (LAMAS) – the pottery was dated by reference to tree-ring dating the timbers from the wharfs along the River Thames where it was landed.  These revetments changed position every thirty to fifty years thus making it possible for archaeologists to track the frequency of pottery types as well as their age.

Having been involved in a tree-ring dating project ten years ago - when the bell tower at the Priory Church of St Laurence, Blackmore was dated - I found this fascinating.

Examples of Mill Green Ware can be found on the Museum of London website: http://archive.museumoflondon.org.uk/ceramics/pages/subcategory.asp?subcat_id=702&subcat_name=Mill+Green+ware

The article is entitled ‘A Dated Type Series of London Medieval Pottery. Part One; Mill Green Ware’ by J E Pearce, A G Vince & R White with C M Cunningham, and was published in 1982.

It appears in Volume 33 of the Transactions of the London and Middlesex Archaeological Society and may be downloaded free of charge from their website: http://www.lamas.org.uk/archives/transactions/volume33.html