The Essex Review to be Digitised and Published Online 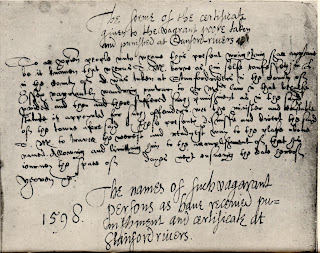 The Essex Review: An Illustrated Quarterly Record Of Everything Of Permanent Interest In The County ran for 258 issues, 66 volumes from 1892 to 1957.  The title is now owned by the Essex Society for Archaeology and History as is its successor, currently in publication, called ‘Essex Journal’.

Andrew Smith, Honorary Archivist, writes, “The Essex Review has never before been published online but will appear for the first time on the ESAH website.  The aim is to provide in searchable pdf format as many issues as possible.  Also published online will be the original indexes, the text of which can be found from Internet search engines.”

“There are three general indices to the Essex Review as follows:

Andrew adds: “In sorting copies for digitisation I came across an advertisement regarding the pending publication of the ‘New General Index 1928-1950’. In June 1950 it was indicated that work would proceed subject to there being sufficient subscribers.  The cost of each copy would be ten guineas (£10.50)”.